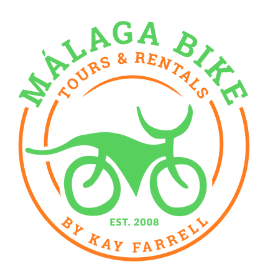 Hola! Kay Farrell here- the founder and Director of Malaga Bike Tours & Rentals. Originally from a town called Widnes in the north of England, I lived in Toronto, Canada for many years where I cycled through snow and freezing temperatures for most of the year. In 2003, I came to Malaga with the intention of staying for one year and…I am still here!
With 320 days of sunshine a year, it’s always perfect weather for cycling. An avid mountain biker, I love nothing more than to jump on my bike and head for the Montes of Málaga- just minutes from the centre of the city. And having studied History at university, living in one of the oldest cities in Europe is, well, a history lover’s  dream come true!

So how did I end up here then? Well, in 2002, I was travelling around Andalusia with a friend. She suggested going into Malaga for a day. My response was, “Why? What’s there?” Like many other people had done for many years, I thought Malaga was just an airport. Anyhow, we took the train into the city. As soon as we left the station in the Alameda Principal, basically the only word that came out of my  mouth for the rest of the day was WOW! In just one day, Malaga stole my heart!

So I made the big move in 2003. For the first few years, I continued in my profession as an English Teacher. A few years later, wanting a change of career, I decided to start a new adventure that would combine my passion for bikes and history. So, in 2008, MALAGA BIKE was born. I started the company with just 16 bikes.  The first years were not easy I have to say. Malaga was still not really on the tourist map. However, now, many years later, it is one of the most popular destinations for a city break in Spain.

As Malaga has grown in popularity, so has MALAGA BIKE in size- lots more bikes, bigger premises and an enthusiastic team dedicated to helping people discover the city and surrounding areas by bike. Seeing our customers fall in love with this enchanting city is the most satisfying part of the job. You can imagine how pleased I felt when a customer said to me one day, “There’s a WOW on every corner.”        Job done! 🙂 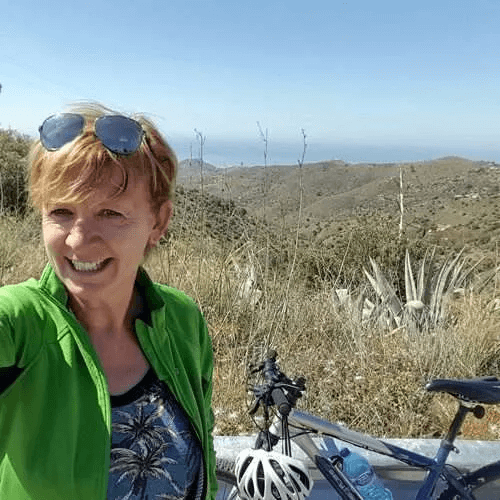 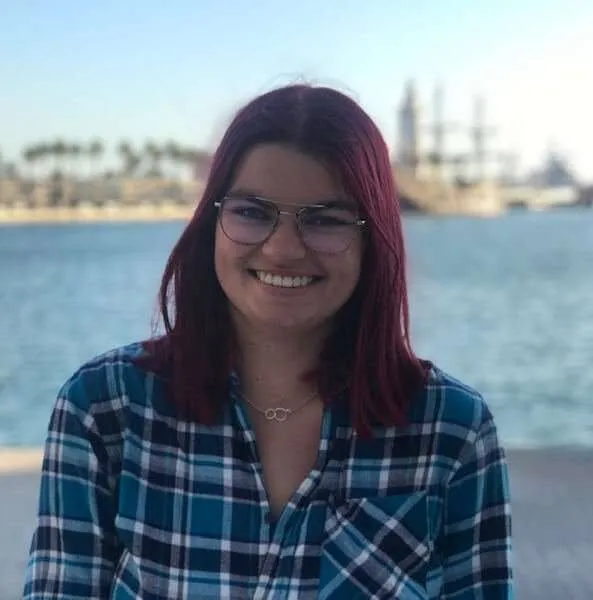 Hola! My name is Caitlyn but most people call me Cait or Cat. I am from a small town in the Netherlands called the Hook of Holland. I studied Tourism at ROC Mondriaan in The Hague. I have a varied work experience but my favourite jobs so far are those of being a Travel Rep and, of course, working at Malaga Bike Tours!

I came to this amazing city in 2018 to study Spanish for one month and… never left. It is a completely different way of life from what I have experienced so far. I love the people, the food and I can’t complain about the weather either. I love talking about things I love and passing on my passion for them to others.

And, of course, I love cycling! So come on over to Malaga Bike Tours and I will help you discover all of our best routes in and around the city. I can also provide you with lots of ´insider tips´ on where to go and what to do on our city bike or trekking bike rental. I look forward to meeting you! 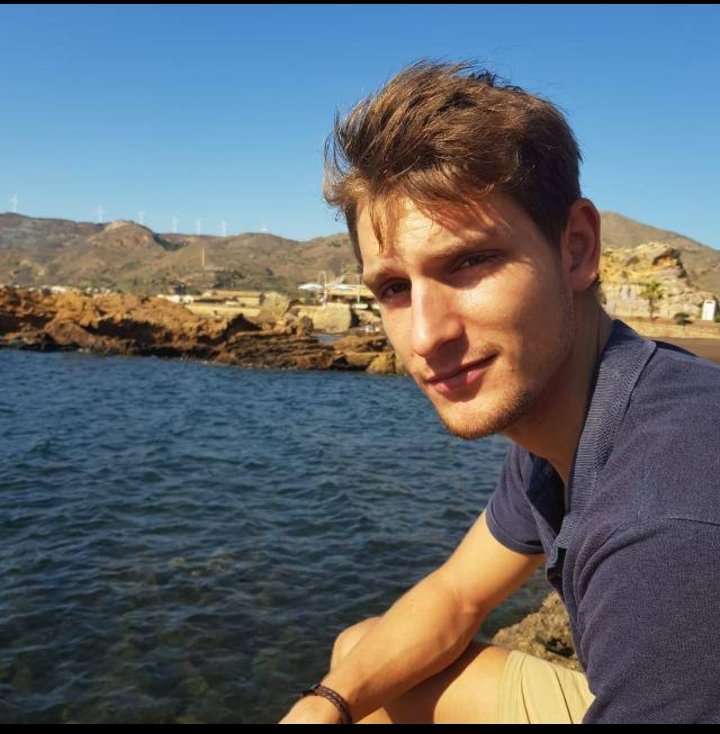 Bonjour! My name is Arnaud, originally from Liège in the French-speaking part of Belgium.

I studied Electro-Mechanical Engineering at University and after graduating I started a successful car mechanic business in Belgium.

However, my real passion is bikes! I love nothing more than getting into nature on my mountain bike and being outdoors all day long. And where better to do that but here in Malaga?

With such amazing weather all year round, it is the perfect place to live and enjoy cycling. There are infinite numbers of routes to discover, whether cycling along the coast or exploring the amazing Montes of Malaga.

And being around other ‘bike-minded’ people is really cool so working at Malaga Bike is the perfect fit for me! I look forward to sharing with you everything I know about cycling in Malaga! 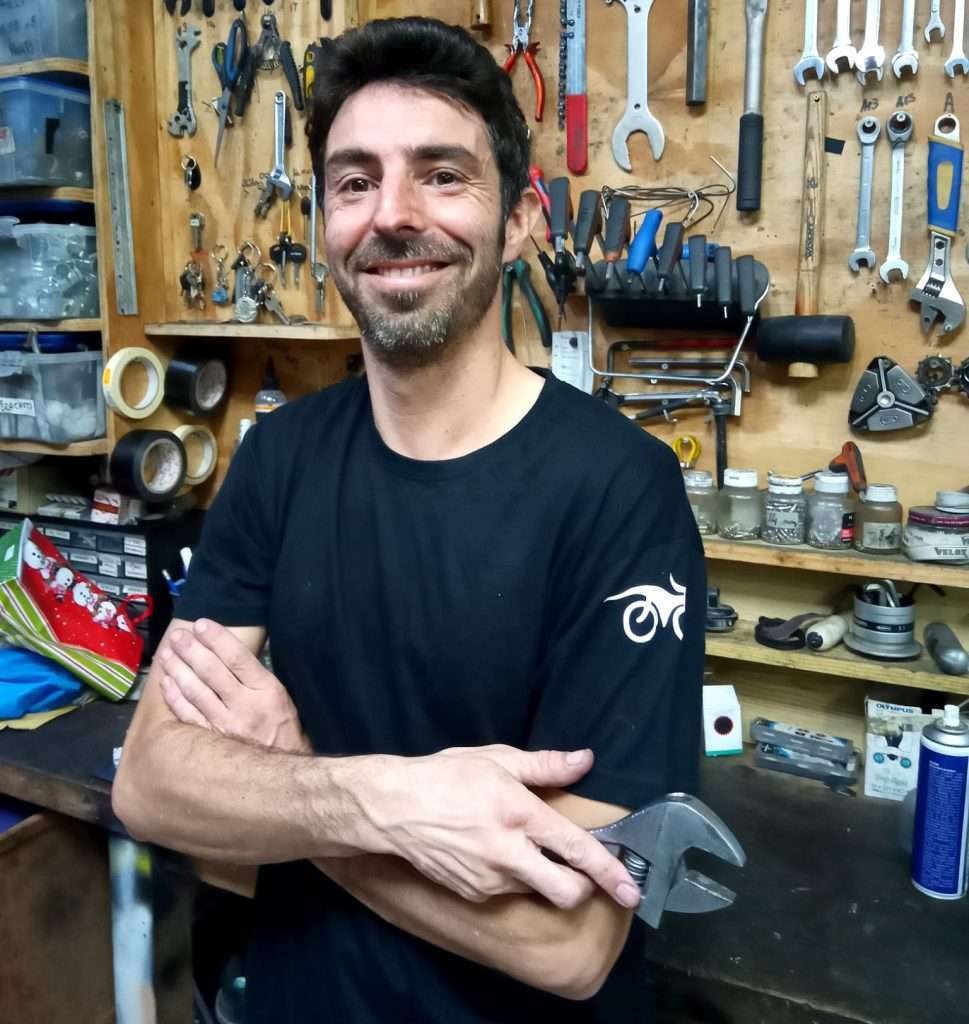 Hola! My name is Andrés. I am from a small island in the Canaries called ‘El Hierro’. It is an amazing place and I highly recommend a visit there- once you have been to Malaga, of course!

I moved to Malaga for love in 2016 and then started working as a mechanic at Malaga Bike a few months after. It has been a great experience working here with the Malaga Bike team and also meeting customers from all over the world.

I love being around bikes and making sure they are running smoothly for our customers. It’s always great to hear at the end of the day “Great bikes!”

See you soon at Malaga Bike! 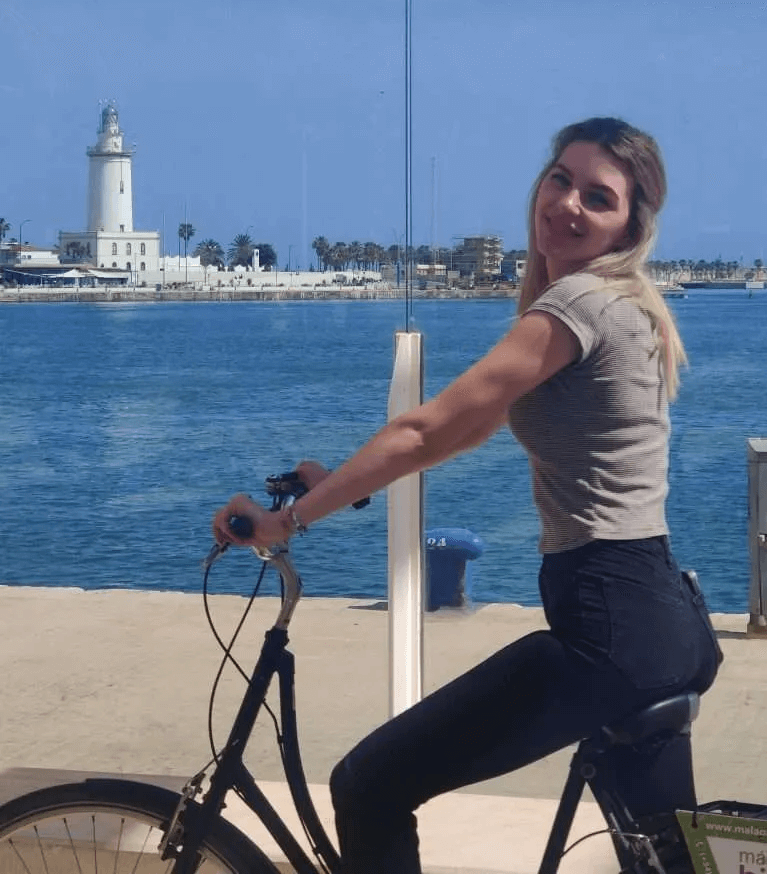 Hi all, my name is Nina! I am from the Netherlands, where I live in the beautiful Utrecht. I am in my last year of my study which includes doing an internship. I have always wanted to do my internship in another country, so when it was clear that I could do that this year, I waited no longer!

As I am from the Netherlands I, of course, love to cycle. At home I bring my bike everywhere! That’s why I am really enjoying continuing my internship at Malaga Bike Tours!

I am learning a lot about the city, which I love! Malaga is very beautiful and every place I go amazes me, and I would love to help you explore the city too!

I hope to see you very soon at Malaga Bike!

Manage Cookie Consent
To provide the best experiences, we use technologies like cookies to store and/or access device information. Consenting to these technologies will allow us to process data such as browsing behavior or unique IDs on this site. Not consenting or withdrawing consent, may adversely affect certain features and functions.
Manage options Manage services Manage vendors Read more about these purposes
View preferences
{title} {title} {title}